The field of endourology deals with accessing and treating urinary tract disorders using the endoscopic equipment.

The prostate is a small, chestnut-shaped gland in the male reproductive system. Only men have a prostate. It is composed of different lobes enclosed in a fibrous capsule. Located in front of the rectum and just below the urinary bladder, the prostate also surrounds part of the urethra (the canal through which urine is carried from the bladder and out of the body through the penis) as shown in the diagram below. Diagram Showing the Location of the Prostate 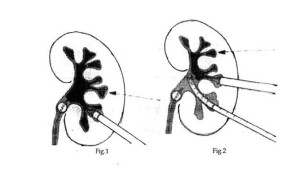 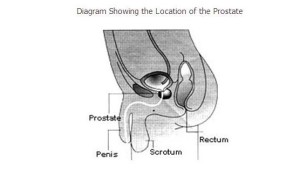 BPH is a non-cancerous enlargement of the prostate gland in men. BPH is commonly found in older men. Throughout childhood, the prostate is very small. It begins to enlarge during puberty and approximately doubles in size; then the growth slows down. At around the age of 45, the prostate often starts growing again and continues to enlarge for the rest of a man’s life. This is considered to be due to hormonal changes.

The enlargement itself is not the problem. However, as it continues to enlarge, it can frequently start to squeeze the urethra (this is similar to what happens when a straw is pinched). This can interfere with the normal flow of urine and cause uncomfortable symptoms. An enlarged prostate generally does not interfere with sexual functioning. However, severe urinary symptoms can be embarrassing and can inhibit a man’s sexual activity.

The urinary symptoms of an enlarged prostate are one or more of the following:

BPH is usually diagnosed in the following manner

BPH is usually diagnosed in the following manner or by a combination of some of the methods listed below:

Depending on the severity of your symptoms, several treatment options are available. Your urologist will discuss these options with you before deciding on any one method:

All tissue removed at the time of surgery will be sent for examination to confirm the benign nature of the gland. Very occasionally, a surprise report of the presence of malignancy may be obtained.

Treatment for BPH does not eliminate the future incidence of prostate cancer, as this originates in an entirely different portion of the gland. Therefore, an annual evaluation may still be considered important for men who have undergone surgery for benign prostate gland enlargement.

Illustration Showing How PCNL is Performed

PCNL is a well-established procedure by which stones in the kidney or the upper ureter are removed by making a small incision in the flank. Generally, an incision, that is 1 cm or less than 1 cm, is made in the flank. A guide wire is passed through this incision into the kidney. This is performed under fluoroscopy or x-ray control.

A passage is then created around this guide wire by dilatation. Through this passage, a nephroscope is passed into the kidney to visualize the stone and remove it. Larger stones can be fragmented by different methods and removed. Stones are therefore cleared easily. Once the procedure is complete, a tube is left through this track as drainage for one or two days.

The main advantage of this approach is that, unlike traditional open surgery, only a 1 cm incision is made in the flank. The stones can be visualized directly and removed. Unlike ESWL or ureteroscopy, the stones are removed in the same sitting and the kidney is cleared of calculi. The stay in the hospital is only for 3-4 days.

This surgery would be recommended as a treatment of choice if the patient has kidney stones larger than 2 cm, upper ureteric stones bigger than 1 cm, or at times for stones found in the lower pole of the kidney that cannot be effectively treated with either ureteroscopy or ESWL. This procedure is also performed following the failure of other modalities of treatment such as medical therapy, ESWL, etc., for renal and upper ureteric stones.

The success rate of clearance of stones with this procedure ranges between 90 to 95%. This actually depends upon the size, number, and location of these stones. Sometimes, complete clearance may require a second procedure after a few days.

For the post-operative course, the patient will generally need to stay in the hospital for 2 to 3 days after the procedure. He or she will also undergo additional x-rays or ultrasound studies, to determine if there are any residual stone fragments present. A large amount of residue will require the urologist to look again with a nephroscope to remove it. The other alternative is to treat the remaining fragments with ESWL. From the site of the puncture, the patient will have a drainage tube and a urethral catheter, for a day or two. Following the removal of the flank drainage tube, urine may leak for a day. Post-operatively, the urologist will also encourage a high fluid intake to keep the daily volume of urine produced to more than 2 liters a day.

By and large, this procedure is safe. Some risks that can be associated with all surgical procedures are the possibilities of bleeding (1%) and infection, sometimes requiring a blood transfusion.

Some patients have prolonged leakage of urine from the flank site, requiring ureteric stenting. Fever, if present, will require a change in antibiotic.

Rare complications include persistent uncontrolled bleeding due to arteriovenous malformations or pseudo-aneurysms (0.4%), which would need secondary procedures or even a nephrectomy to control the same. When a supracostal puncture (above the 12th rib) is made, complications would then include pneumothorax (commonly called collapsed lung caused due to the accumulation of air or gas in the space surrounding the lungs) or fluid accumulation in the thorax. Again, the incidence of these is only 0-4%.

The time by which a patient can get back to work would depend upon the magnitude of the stone burden and the number of tracts made. Most patients return to average activity levels within a week or so. A return to vigorous activity should probably take place after two weeks.

The contraindications to this procedure are bleeding disorders and pregnancy (due to the risk of radiation). The others are medical problems making the patient unsuitable for anaesthesia.

It is advisable to maintain a urine output of 2 to 2.5 liters per day. Your doctor may also advise dietary changes and medications, which will be individualized. Generally, a high-fiber diet, with avoidance of high-calorie foods, is recommended.

Separate and specific changes in the diet may be suggested in case of other conditions associated with urinary stones.

For more details, please click here to go to the section on Percutaneous Nephrolithotomy

At NU Hospitals, we utilize the ACN 2-ACMI flexible cystonephroscope. This permits painless cystoscopy (visualization of the urinary bladder), ureteric stent removals and the stenting of ureters. It is also utilized during PCNL for achieving complete stone clearance by retrieving other smaller calyceal or ureteric calculi. The ACN 2-ACMI flexible cystonephroscope has a 14.6 Fr diameter with a working channel of 6.4 Fr and an active deflection of 180 degrees up and 170 degrees down.

We also use the DUR-8, flexible ureteroscope. This is utilized for both diagnostic and therapeutic retrograde intrarenal surgery (RIRS). It can be used for lithotripsy and stone extraction in the ureter or the kidneys. It enables access to the entire renal tract including the lower renal calyx. It also enables detection of pathologies in regions where access is difficult.

The entire gamut of paediatric endoscopes for both the upper and lower tracts is available. These include cystoscopy, resectoscope, urethrotome, ureteroscope, and nephroscope. We are one of the few centers that are equipped to operate on the entire range of pediatric urology disorders.

For more details, please click here to go to the section on pediatric urology.

Please go to UrologyHealth.org (https://www.urologyhealth.org/) – a patient education site written and reviewed by urology experts in partnership with the American Urological Association Foundation.

Our promise to you is quality nephro-urology care - we deliver on this every single day through the very best in people, systems and technology.

Health insurance products are emerging as major components in the portfolios of insurance companies.

The library’s collection of books covers all medical specialities with special emphasis on urology, nephrology, renal transplantation and anaesthesiology.

NU Hospitals has been pioneering in Nephrology, Urology and Fertility (IVF) treatment over the last 20 years. Our highly specialised experts are richly experienced in treating rare and complex conditions. It was one of the first in Karnataka to conduct a successful kidney transplantation surgery and also the first to equip Urology department with the most advanced flexible endoscopes. Having a robust team of subspecialty specific urology team at NU has significantly improved the overall success rates. Men’s Health Clinic is one of its kind in South-India dealing with Men’s Sexual and Reproductive Health. Our Male and Female Fertility (IVF) specialists comprehensively support the couples with the latest treatment and heartfelt compassion every step along the path to parenthood. At NU, every aspect of healthcare is coordinated and the entire team works together to provide exactly the care one needs. We are constantly updating the policies and collaborations to ensure that people in need are getting access to the most cutting-edge care and treatment.

Public Notice: NU Hospitals would like to inform the general public that NU Hospitals practices all organ transplants in accordance with The Transplantation of Human Organs Act 1994.
NU Hospitals do not buy or sell any organ and seriously condemn the act. NU Hospitals do not by any nature seek your personal information such as name, telephone, address or banking details for any purpose.